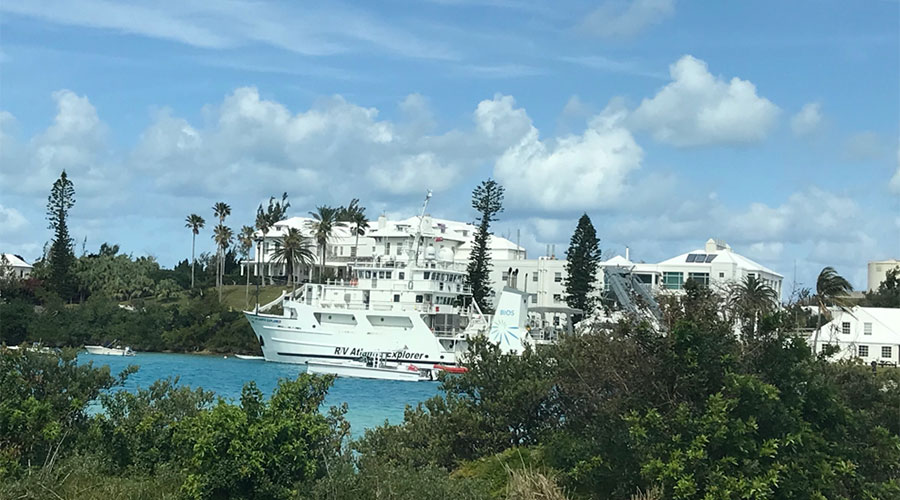 What is our research all about?

We will study the role that planktonic animals such as copepods, krill and diverse pelagic mollusks, salps and even protistan grazers have in particle formation in the ocean. This question is important for our understanding of the oceanic ‘biological carbon pump’, the export of dissolved and particulate organic carbon to the deep ocean, which is a significant driver of the atmospheric carbon uptake by the oceans. We will carry out this research at the Bermuda Atlantic Time-series Study (BATS) in the Sargasso Sea, a subtropical ocean time-series station in the eastern North Atlantic, and additionally conduct experiments in the laboratories at the Bermuda Institute of Ocean Sciences (BIOS). Zooplankton are known to play a major role in both the formation and consumption of sinking particles, mainly by their feeding activities and their production of sinking fecal pellets. 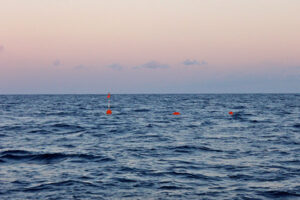 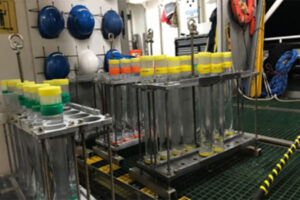 However, little is known about the roles of specific taxonomic populations. The fecal pellets also feed populations of flux feeders a few hundred meters deep that never migrate, but simply feed on the sinking particles. We hypothesize that these deep populations of flux feeders modify the sinking particles by breaking them up, eating them, and by producing their own fecal pellets, influencing the efficiency of the Biological Carbon Pump in yet unknown ways. We plan to test this hypothesis by using a special net (MOCNESS) to determine which populations are stationary or migrating. In addition, we will collect sinking particles, including fecal pellets, using drifting particle interceptor traps equipped with gel-filled cups.  Flux of different particle types collected in gel-traps and of the fecal pellets will be quantified using image analysis, and DNA based analysis will inform us of their microbial communities. In the lab we will test species specific rates of zooplankton mediation of aggregate formation using experiments with individual zooplankton. Our work will contribute to our knowledge of the roles that these important planktonic animals play in the Biological Carbon Pump.